“Baaaaaaby shark…do do do do do do….baby shark do do do do do do…” The first time I heard this song I thought, “awwwww how cute”. Yea…then it got stuck on freakin’ repeat in my brain for the next 3 months!!!

It drove me NUTS! And of course, my idiot husband (yes right now he’s an idiot) thought it was hilarious to randomly start singing the song just to mess with me. #RUDE

I got news for you girl, the stories that we tell ourselves about our money and debt are exactly the same way! They get stuck in your head on repeat until you actually believe them.

What do I mean by “stories”?

I mean the LIES we tell ourselves. Yes, I’m callin’ you out boo….but no judgment here cause I still struggle with some of these too!

I want you to be free and what kind of friend am I to let you walk around with debt hanging outta your…you know what I mean.

Any who, I’m talking about the record in your head that’s on repeat…the one telling you that it’s “too hard”, “you don’t have enough”,  “you’re just not good with your money”, blah blah blah blah blah.

If you let em’, these lies are the chains that will keep you slave to your debt!

Its like that one friend we all have. You know the one I’m talking about. They couldn’t tell the truth about the simplest things if it was twerking right in front of em’. They tell the same old stories time after time not realizing the only person they have managed to convince is themselves.

Well here’s a bit of tough love for ya (me too), go look in the mirror…uh huh, yep, that person looking back at you is a bit like that friend. You’ve told yourself these things for so long that you believe em’ and defend em’ like they’re gospel! #preach

But here’s what’s happening, EVERY TIME you feed yourself one of these little excuses, it gives your brain the green light to take a load off.

Your brain goes into shut down mode and says, “well obviously there’s no solution to this problem, and the boss said its fine to quit lookin’.” *kicks heels up and peers at you over rim of margarita glass* #butthataintnoneofmybusinesstho

It’s time to press STOP on the playback and change the track!

Here are the top 5 “convincing” lies we tell ourselves about our debt:

Well that’s just downright melodramatic, stop throwing a temper tantrum and figure out how to demolish this debt! Better yet, let me walk you through the process step by step. This is just a temporary situation, a learning lesson so that you can grow and become the money mogul you were meant to be!

I know that it’s hard and seems like trying to climb Mt. Everest, but even that has proven no match for human ingenuity! So rub them brain cells together and let’s figure this out.

Now this used to be one of my faves to tell myself. Yes, I used to have epic pity parties about my debt.

It was everyone’s fault but mine, it was my husbands fault for opening the stupid credit card in the first place (although the plastic would be melting from how fast I swiped that thing), or the banks fault (they knew better than to lend me that much money), or my job’s fault (if they paid me more I would be able to cover my debt), or God’s fault (why was debt so easy to get if it was so bad)! But hunteee, this is just wrong on so many levels

It’s time to put away the mini violin and put ya big girl panties on. The first step to cleaning up this mess is acknowledging and accepting that this situation rests squarely on your shoulders.

Question, can you quit your job and not have Capital One knocking down your door? If you got sick and couldn’t work, would the repo man come pick your car up? Can Wells Fargo change the locks on you if you missed a few payments? Yes…ok then it’s a problem.

If you drag yourself outta bed every Monday morning to go to a place you can’t stand because you have credit cards bills etc. piling up at your door step…then it’s a problem.

I ain’t arguing the fact that you probably work very hard to earn your money, but you know what you deserve even more? Financial freedom and the ability to earn said money and invest into YOURSELF.

Paying Ford Motor Company $65,000 on a car that was sold to you for $40,000 is not my idea of treating yourself kindly (interest is a beast)…you deserve better, your money deserves better, and your future self deserves better.

There is nothing wrong with treating yourself, YOLO girl YOLO. But if you have to use those credit cards to get it…its not a reward, its another link in the chains of debt bondage. #staywoke

If this is you, then you aren’t mad enough at your debt. Have you ever looked at the little box on your credit card statement that shows you what it is really going to cost you, especially if you can only make the minimum payment each month?

Let me give you a real life example…we had a Visa card that we charged up to almost $23k…you know what the minimum payment was? $454!!! And the interest charged every month was $321…we were barely covering the interest.

Making the minimum payments, it would have taken us 53 years, YEARS to pay off the balance and we would have given the bank a total of $79,789…that’s a whole $50,521 MORE than what we originally borrowed!!! #iminthewrongbusiness #wakeupandgetmad

You better make “SOMEday” be TO-day. This is NOT a drill, this is an EMERGENCY!

To be fair, this is not just a lie we tell ourselves, but one that our consumer culture and the finance industry is all too happy to feed us. But we don’t have to accept this lie as truth.

It is NOT normal to owe someone for almost everything you own…essentially meaning you don’t own much!

In most cases, when someone is in debt, what they are really doing is financing a lifestyle that they can’t afford. So they take their future dollars to pay for current wants.

That’s a recipe for a money meltdown, because what happens in the future when they need money…there is none because it was all spent, so the debt cycle continues…they borrow more to pay for what they already spent ages ago. And the bank says that this is OK??? You ain’t mad yet?!?

Oh yes you do! Although the debt may not be in your name, it absolutely still affects you.

Especially if you live in a community property state, such as California; typically any debt taken on during the marriage can end up belonging to BOTH of you regardless of who signed for it.

Even if you believe in maintaining separate accounts and going halfsies on the bills, what happens when they can’t keep up with their half of everything??? Or when their credit tanks because of missed payments??? Or they have a hard time getting a job that requires decent credit? If his wages get garnished…you will feel it. If he gets sued…your jointly owned property can be on the chopping block too.

Are you guilty of blasting your personal debt soundtrack on repeat? If so, its time to see the excuses for what they are…nothing more than “get out of jail free” cards allowing you to ignore your debt. But if you’re ready to be free of the burden, then join me on this journey to financial freedom.

What did I miss? Hit me up below and tell me what other crazy things we tell ourselves about our debt!

19shares
Previous Post: « 5 Legit Ways to Kick Your Spending Habit
Next Post: The Must Know Truth About Money & Your Marriage » 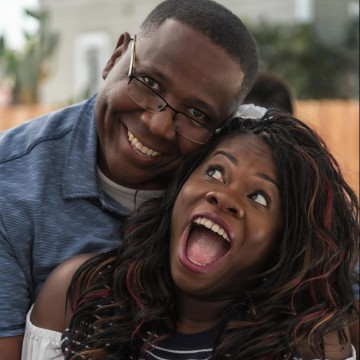